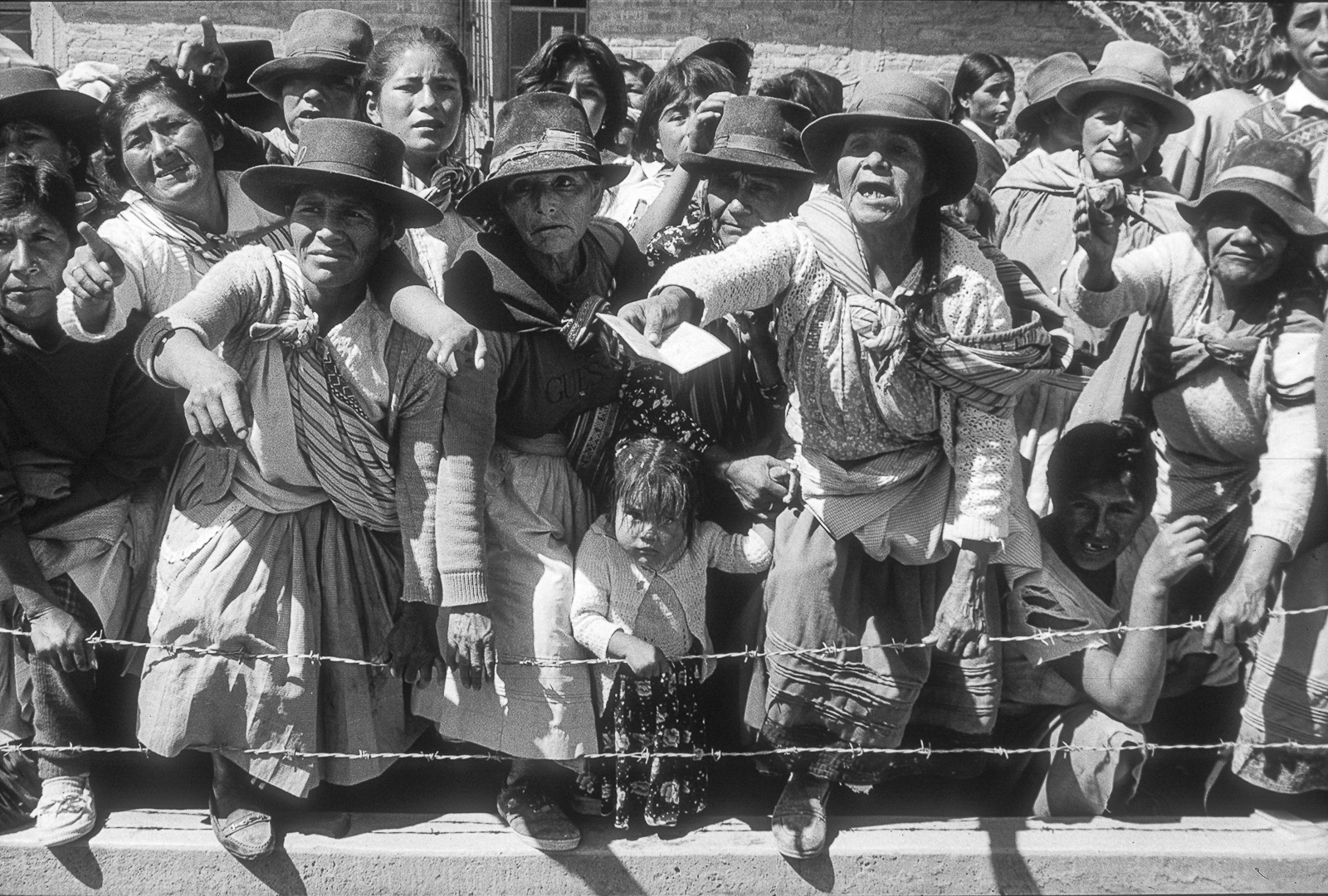 Ayacucho was the area most affected by the 14 year-long war. Six thousand families were displaced because of the terrorism and the violence of the Shining Path and the Peruvian military. Women from the displaced community are waiting for the official distribution of bags of rice that they themselves prepared the previous day. They’re waiting for the arrival of an official with a TV crew so that this distribution of food will serve as a photo op for the government. The women have been standing in the hot sun for hours. Many of these women belong to the “Club de Madres” which has helped them become aware of their rights and their strength.